Malbec may be Argentina’s trump card, but don’t be fooled into thinking that’s all they have to offer. Ever tried Bonarda, Argentina’s second red grape, or an aromatic Torrontes from Salta? Enjoy this case and explore the diversity on offer…

SKU: N/A Category: Wine Online - Mixed Cases for you to Enjoy at Home

This traditional method sparkling wine offers incredible value. It is made from 70% Pinot Noir and 30% Chardonnay from the renowned subregion of Gualtallary in the Uco Valley. It is refreshing and complex, with aromas of green apple and pear alongside buttery notes, toast and a hint of almond.

Torrontes is Argentina’s flagship white grape variety and the best examples come from the very high-altitude vineyards in the Calchaquí Valley in the province of Salta. The wine is highly aromatic and perfumed, with intense floral and citrus characters. It’s a great match with Asian cuisine.

The Chardonnay grapes, sourced from Tupungato in the Uco Valley, were hand harvested, fermented and then aged in French oak barrels for 12 months. The wine displays ripe lemon, honeysuckle and hints of vanilla and toast from the oak ageing.

Bonarda is Argentina’s second most planted red variety and is characterised by fresh red fruit, a slight herbal character and soft tannins. If you are new to Bonarda, this is an excellent example. It is certified organic and made with minimal intervention which lets the distinct character of the grape variety shine through.

The grapes for this single vineyard wine were hand-picked from a biodynamically farmed, 80-year old vineyard in Lujan de Cuyo, Mendoza’s traditional winemaking region. The wine is complex, full bodied and concentrated, with aromas and flavours of ripe plum, tobacco and sweet spice.

We couldn’t select six premium Argentine wines without including at least one Malbec! This is a special one, made in tiny volume and sourced from a single vineyard at 2,600 metres above sea level in Salta. It strikes the perfect balance between power and finesse. 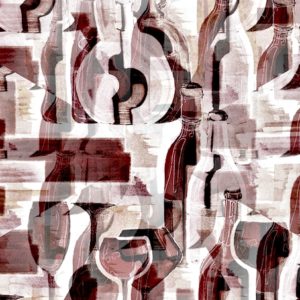